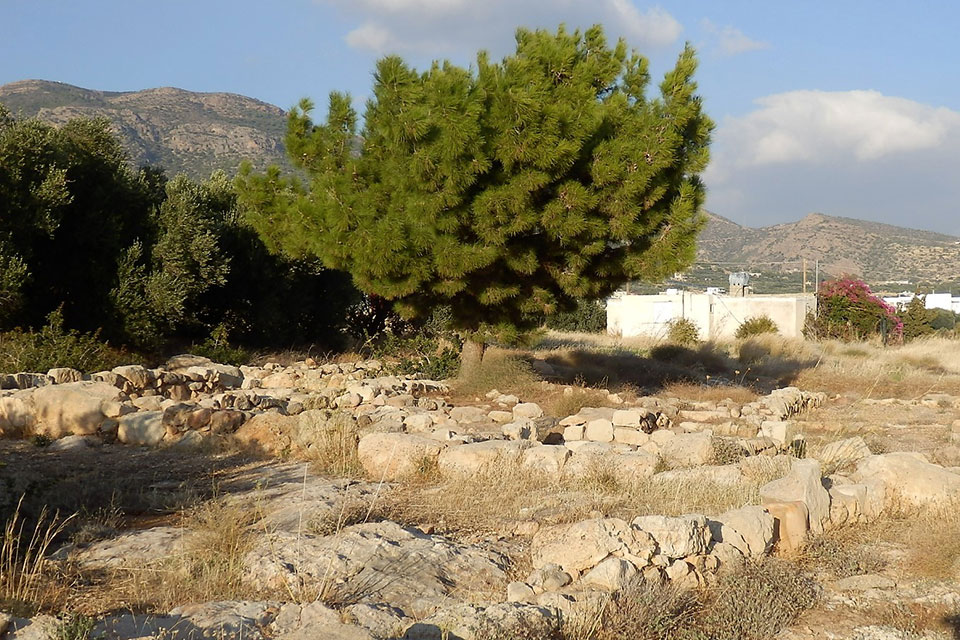 Minoan villa at Makri Gialos was founded in a fertile plain, east of Ierapetra and close to the sea, controlling the agricultural production and shipping. Its wealth lies in its construction, which is the epitome of royal architecture during Late Minoan Period (1500-1450 BC).

The building apartments organize around the central courtyard. In the northern part an M shape built construction was found, perhaps altar, while both north and northeast side developed arcades.
It also contains western courtyard and west facade with carved stonework and worship places. The rooms are meticulously manufactured with paved floors and walls coated with plaster. Of these findings, important are the clay and stone vessels, the idols, and the seal of stearin with ship sacred performances, priestess and sacred tree that probably testifies the building’s religious character.

The Digital Museum of Ierapetra is an attempt of the Municipal Authority to show the historical and archaeological monuments as well as to present the natural environment of the municipality area. As part of this effort, we created this app that aims to guide visitors in the points of interest of our municipality more...

The Museum consists of audiovisual content and interactive applications. In particular, LCD screens that display information about Ierapetra, the wider region, more...