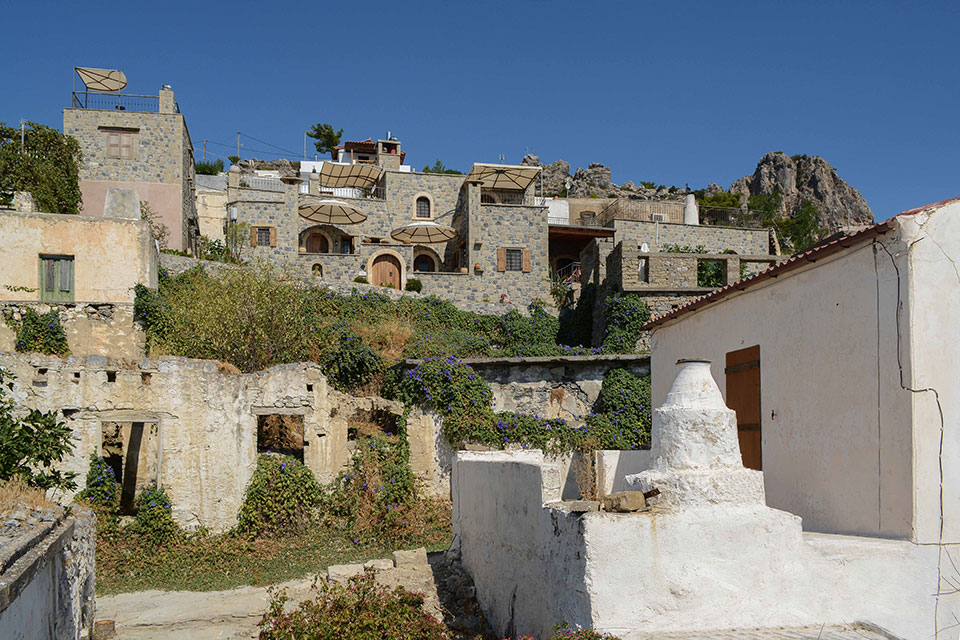 Village of the rising sun as the name implies. Old, historic, traditional village 17 KM Northwest of ierapetra, at an altitude of 600 m of homes visible from, is nested in the mountain stronghold of the East.

The 70s most of the inhabitants of the East went to Cabo and dealing with greenhouse crops. Founded along with residents of other villages settlements Spout, New East, Ammoydares. The small picturesque village of Monks who, according to tradition, it was built by a Turkish Agha belongs to the East. Referred from the Venetian era. The 1583 along with the Monks had 666 inhabitants. In 1951 with 897 in 2001 along with the New East 1235 inhabitants. There is a ruined Venetian feudal Lord's tower north of the village.