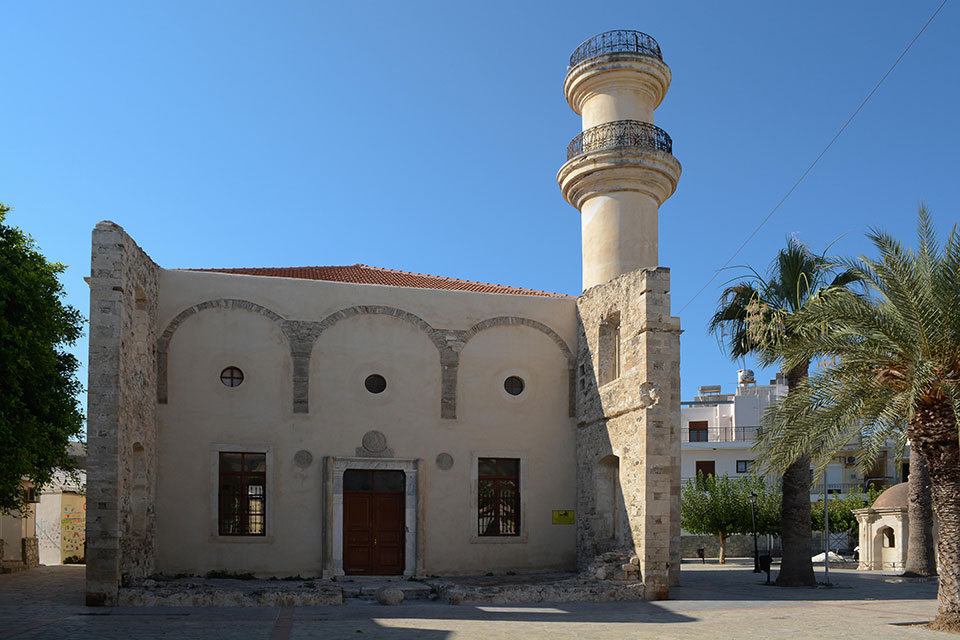 Ierapetra’s mosque in Kato Mera area was built according to dates listed in the infrared entrance and the south wall medal, the year of Hegira 1309. (189/892) perhaps the oldest mosque position.

It is a building square with a wooden, four-sided roof plan covered with tiles. In its architecture elements that come from neoclassical and eclectic tendencies are distinguished, that arrived in Crete during the last 19th century decades.
In the mosque’s northwest corner as it is used, a head uncovered today minaret is discovered. The upper portion crashed in the 1953 earthquake.
Ottoman fountain is located in the southwest of the mosque and form with it a remarkable complex of the Ottoman architecture in Crete.
The fountain belongs to the fountain category sebil and a constituted expiation before worshipers entry to the mosque.

The Digital Museum of Ierapetra is an attempt of the Municipal Authority to show the historical and archaeological monuments as well as to present the natural environment of the municipality area. As part of this effort, we created this app that aims to guide visitors in the points of interest of our municipality more...

The Museum consists of audiovisual content and interactive applications. In particular, LCD screens that display information about Ierapetra, the wider region, more...