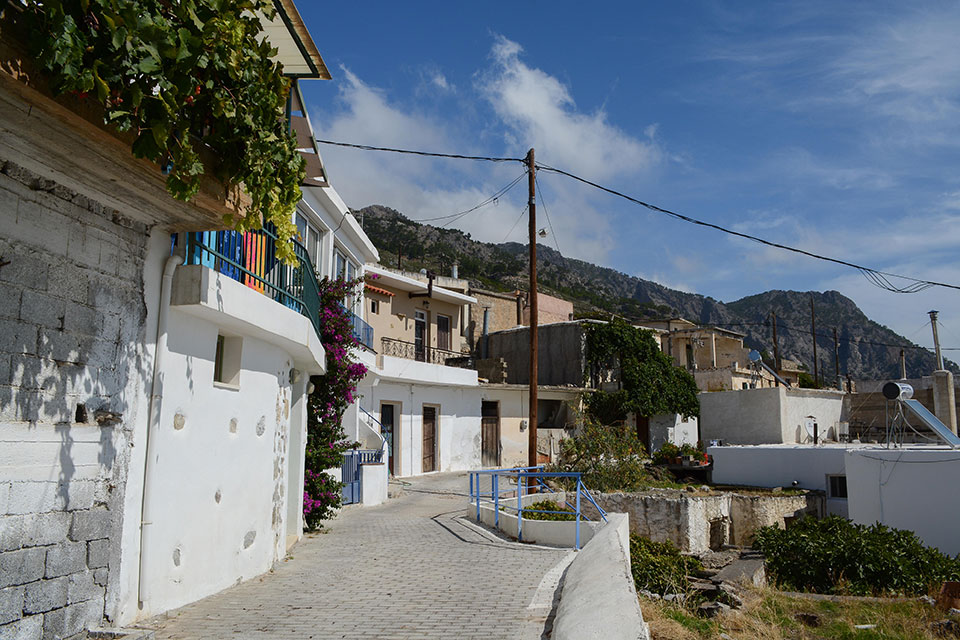 Combining the beauty of the mountain and the sea, the local community Shinokapsalo stands out for the impressive mountainous terrain and the beaches communities Achliwn, Black Kolympoy and Serenity. Climbing the slopes of Thriftis and crossing a unique-smothered in pine-journey, we meet the Schinokapsala at an altitude of 432 meters.

The history of the village begins from old-the Venetian census of 1583 record 162 inhabitants-according to legend, the name derives from the adventures of the first settler, who lived in a cave where the protected skinoi (plants), sometime after the fire burned skinoi and kapsalismeno landscape with the ashes of their burned and trunks which remained, was it which featured and eventually onomatodotise the region. Later the village was deserted but not the highly fertile soils, which are used mostly by residents of the mountain. These were verse and at the end of 1928 (where is the next demographic record with 165 inhabitants) and epeitao their population began to grow rapidly. The new-standalone from the Mountain-Community arrived in its heyday, the decades of the 60 ' and 70 ' where the region's elementary school had over 100 guys, with the village and the lot then the cafes of throb of life.
The number of habitants has been significantly reduced, but the beauty of the village and the wonderful climate, have caused the interest of many and not few most foreigners either permanently or seasonally choose life in Schinokapsala, buying homes and land.
The historical Cafe that operates over 50 years offers local and traditional delicacies while the village and rooms. Worth a look for the local bottling wine, exceptional quality.
In Schinokapsala there are many notable churches with that of Agios Georgios in which kept striking frescoes, stands out in the South of the village.
Now there are many habitants of Schinokapsala who have moved to the coast, creating communities and Achlia, Mavros Kolymbos, known for its tourist infrastructure, and of course beautiful beaches. The beach of Achliwn is one that gathers crowds in summers, with the cultural association organises each year the popular beach volley tournament in early July. The wild rocky landscape with the dark pebbles and the calm black, in points. water feature Black Kolympoy beach. The Peace as is evident from its name is characterised by the quiet environment, while there are also some beautiful but inaccessible beaches that deserve attention.